We covered virtually all the areas on the Headland meeting up with RKH & RK. Bob and Sarah were ringing in Whitbread Hollow. Another good fall and quite a nice variety of common night migrants which included our largest fall this Autumn of Willow Warblers which included some Northern acredula race individuals.
Birds trapped in brackets 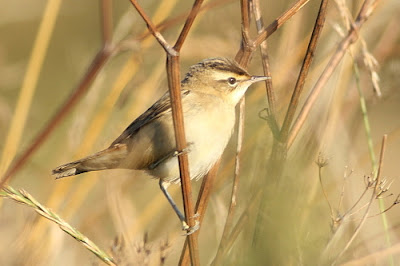 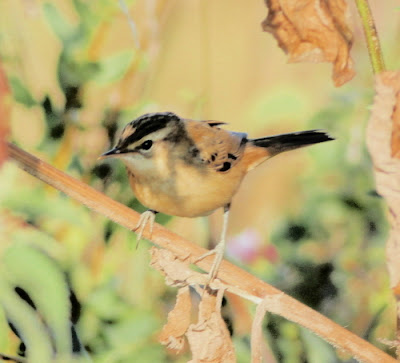 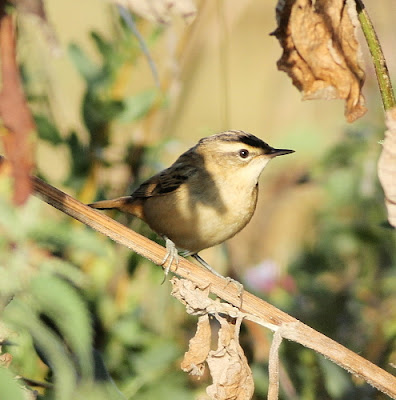 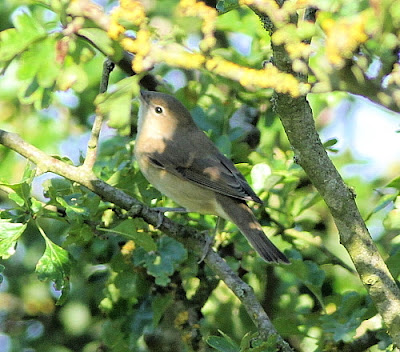 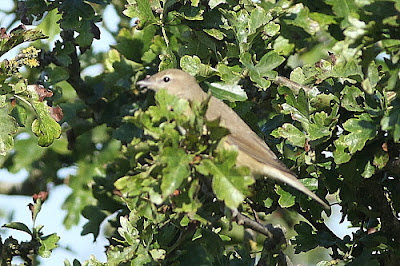 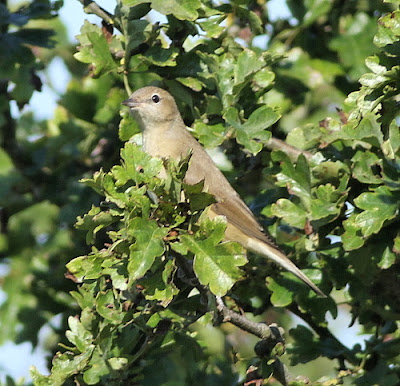 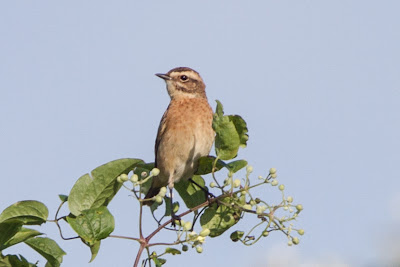 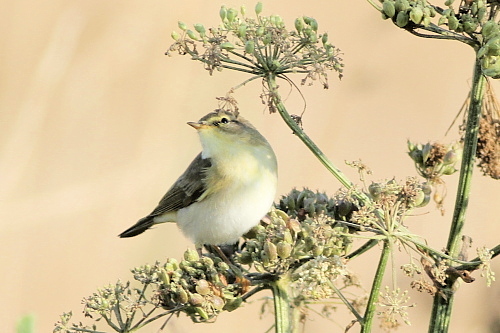 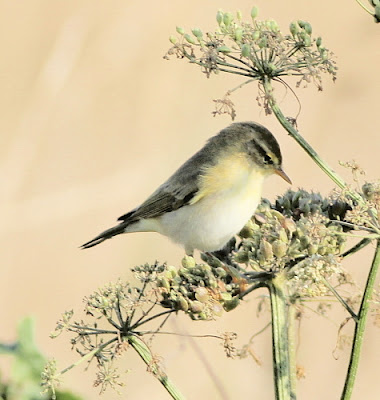 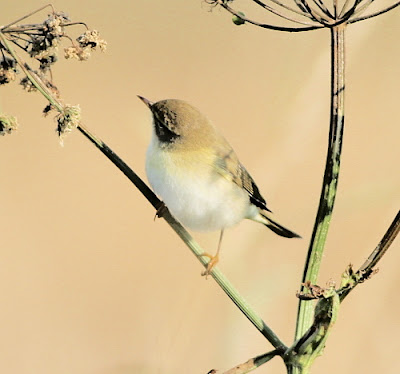 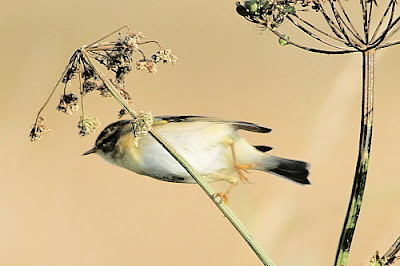 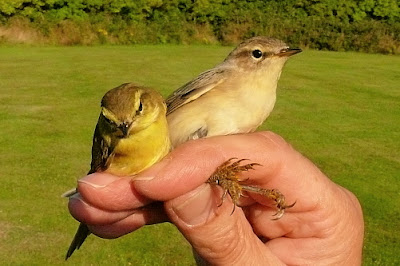 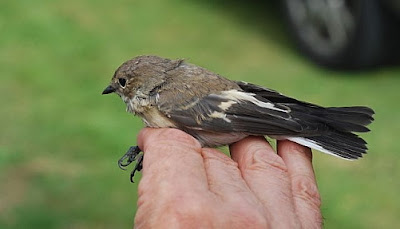 1stW Pied Flycatcher in Whitbread Hollow on the 10th August
taken by Veronica Yee.
This bird has still retained some of its juvenile feathers on the crown and
lower back. 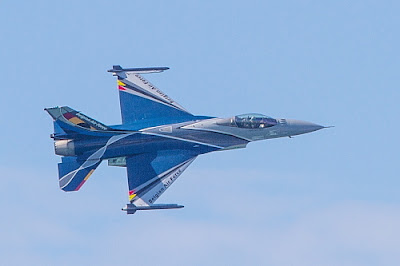