Another visit to Beachy and although not as windy as yesterday still a fairly stiff breeze prevailing which ruled out any hope for the first fall of Willow Warblers this Autumn. In fact, the only warblers seen on the Headland were a few local Whitethroats. Migrants were few and far between with just small numbers of Swifts and Sand Martins going SE and a juvenile Wheatear our first for this Autumn. 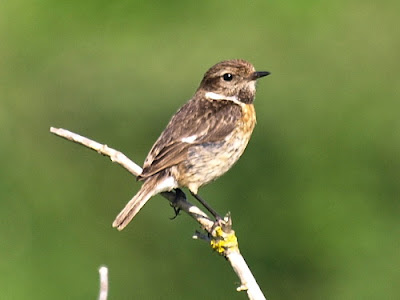 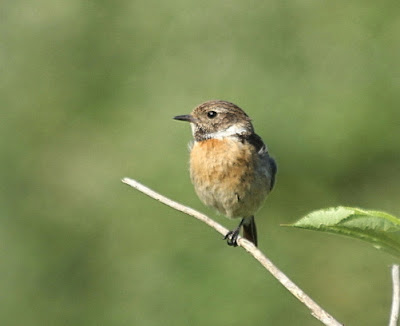 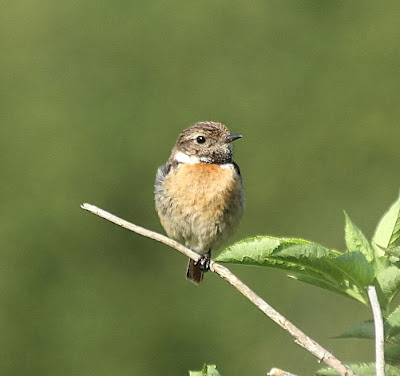 Female type Continental Stonechat in Shooters Bottom
note the broad extensive white collar on the sides of the neck. 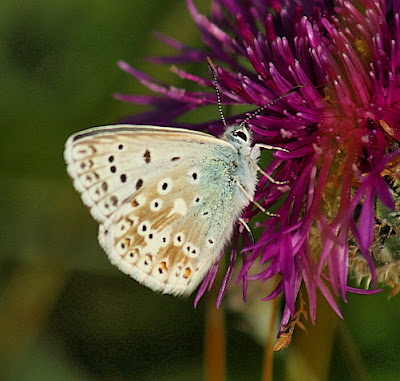 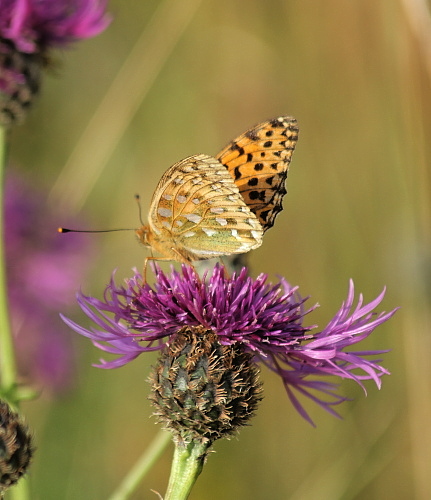 Dark-green Fritillary showing the under-side of its wings.