We covered most of the birding sites on the Head including the rough field. We met up with RB & RKH in Shooters Bottom:

RDME, PF & JAGD were ringing in Whitbread Hollow and the following are combined totals with birds ringed in brackets: 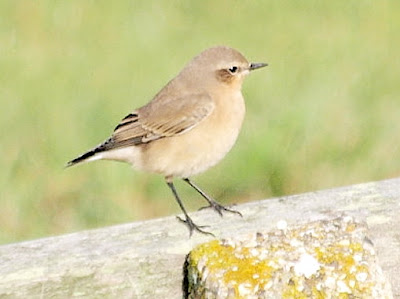 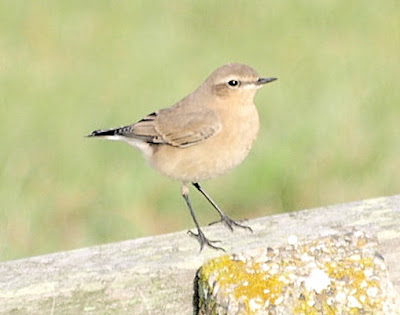 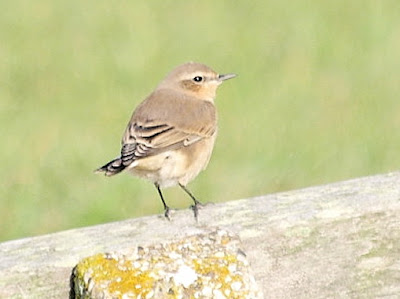 One of the thirteen Wheatears seen on the Headland today. 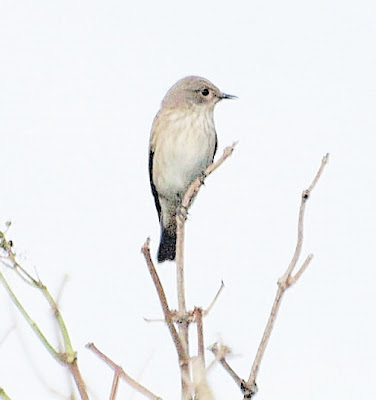 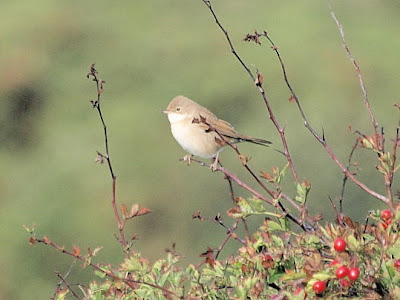 Historical pictures of the cliff erosion at Birling Gap
from the National Trust archives. 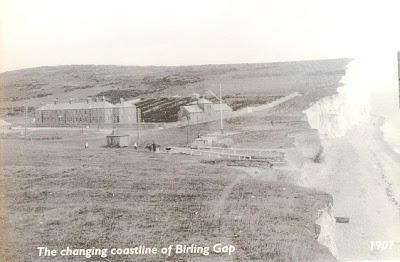 1907- Shows the coast guard cottages and out buildings enclosed
in a wall, in the foreground hut & railings leading to steps to the beach. 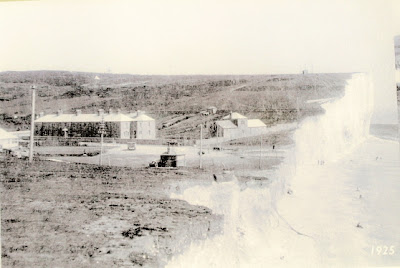 1925-The coastguard outbuilding much nearer the cliff edge with the
surrounding wall already beginning to disappear. The railings now gone,
and the hut much closer to the edge. 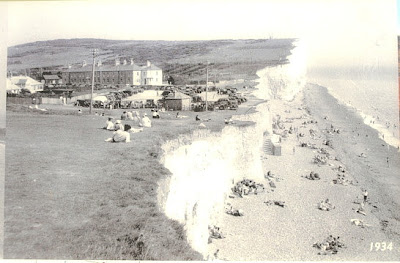 1934-The coastguard outbuildings and wall now gone, but still a large
open area in front of the hotel, and the coastguard cottages still not
threatened. 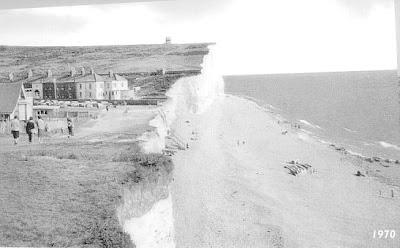 1970-Hotel and garage in front now showing and the
coast guard cottages much closer to the cliff edge. The hut
has now disappeared and new steps can be seen. 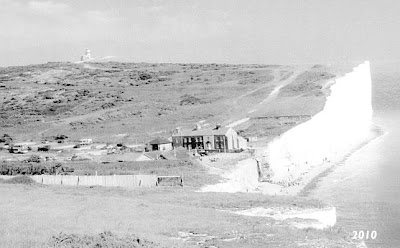 2010-Some of the coast guard cottages have now been
demolished and the garage in front of the hotel has also gone.
More new steps to the beach have been erected.