On the 2nd both RJF & RKH birded most of the usual sites on the Headland including the Cliff Path. After the arrival of Spotted Flycatchers and small numbers of other night migrants on the 1st, it was back to normal with only a thin scattering of migrants:

We visited the Head on the 3rd and covered all the usual sites. Extremely quite and the only true migrant seen was a Hobby which appeared to come in over Shooters Bottom and then flew off high N until out of sight. 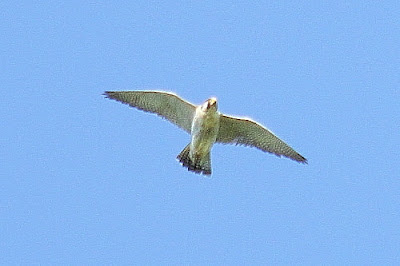 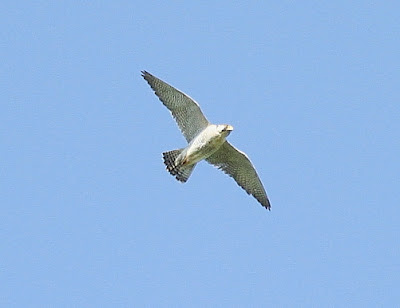 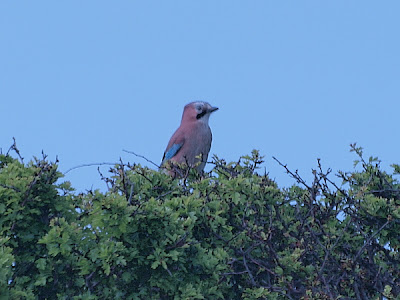 Jay near the Old Trapping Area on the 2nd. (Taken by Richard Fairbank) 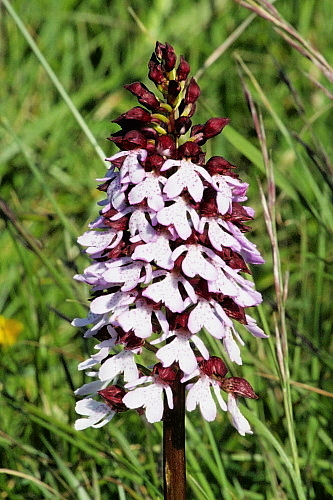 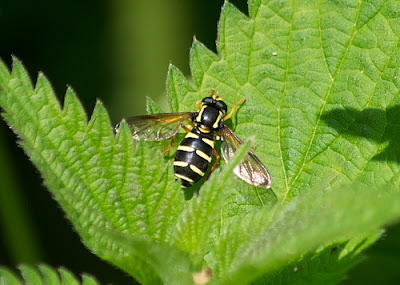 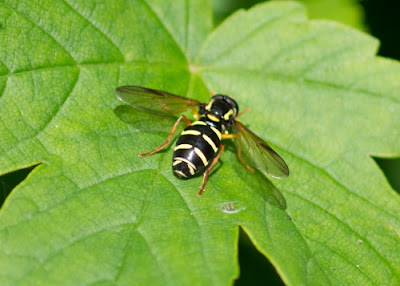 Hoverfly - Xanthogramma citrofasciatum taken on the 2nd by
Roger Haggar at Belle Tout. This hoverfly is classified as scarce
with only a few records in our patch according to the distribution map.