We covered all the main sites on the Headland and also called in to Hodcombe. Just the odd migrant seen and virtually no diurnal migration. Highlight was a Nightingale croaking in Chat Vale and when located it was still in full juvenile plumage. Good numbers of butterflies seen.

Late News for Monday the 14th July, 2014
Red Kite 1 seen over Whitbread Hollow and later over Hodcombe and 1 Common Redstart in Hodcombe. 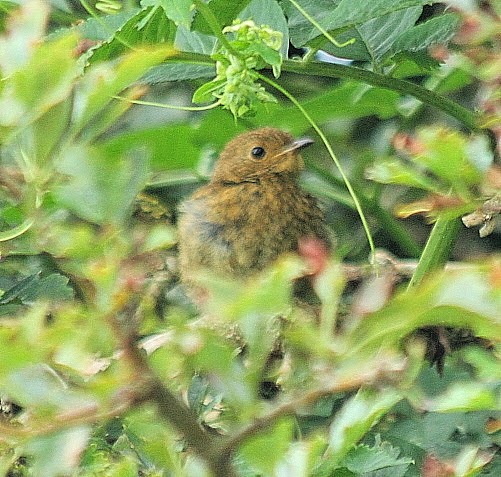 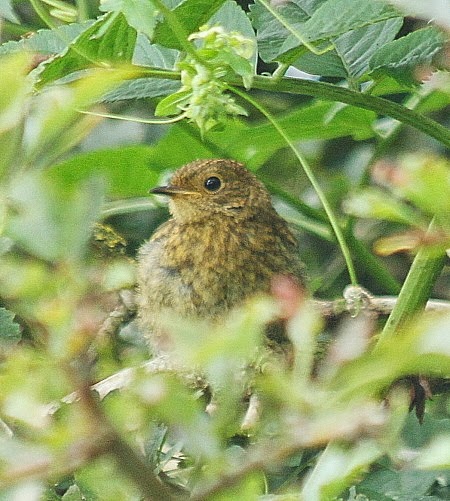 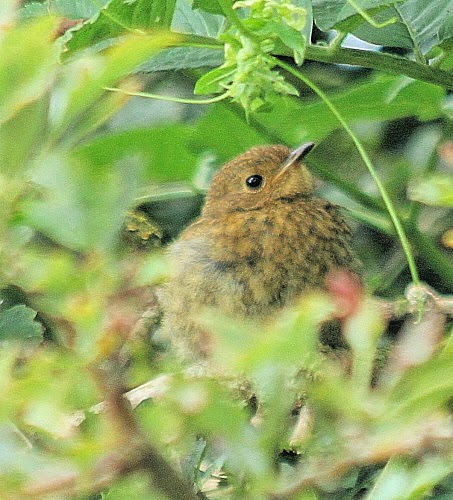 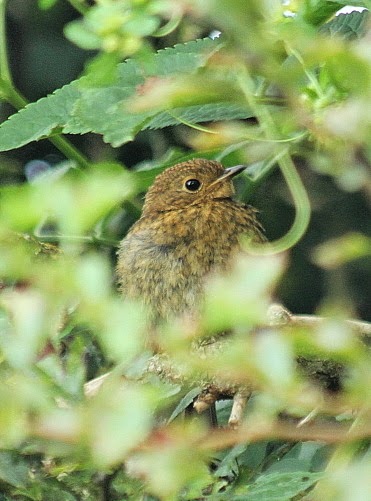 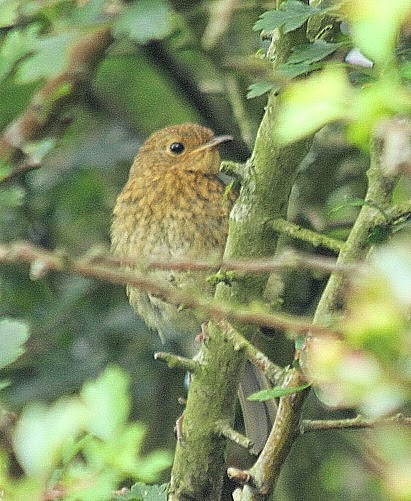 For comparison a juv Thrush Nightingale taken
in Romania on the 5th June, 2014 by Luca Boscain. 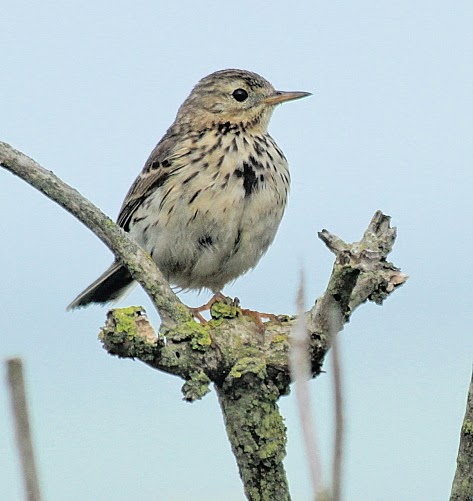 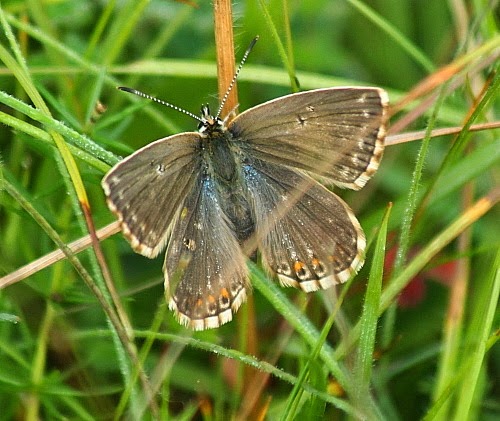 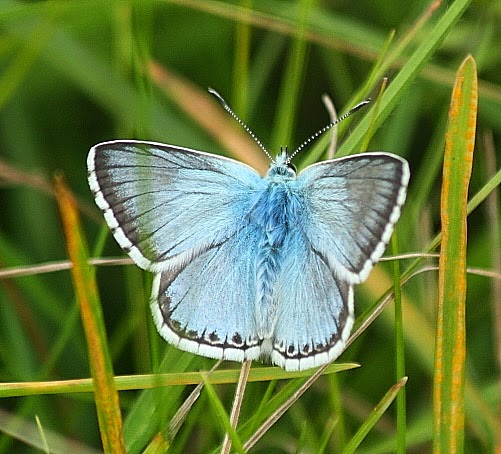 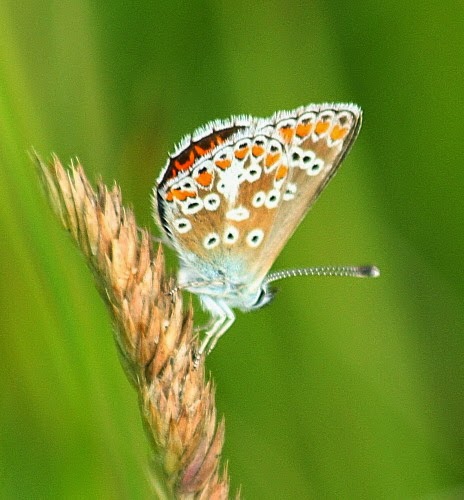 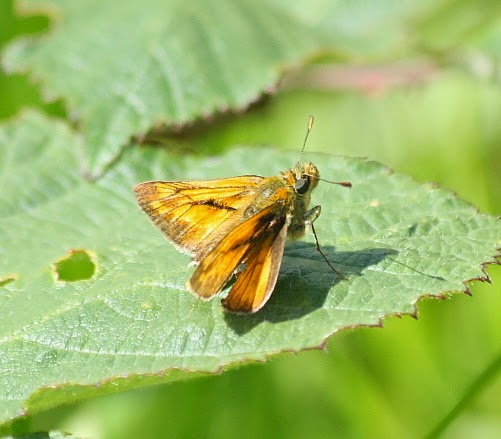 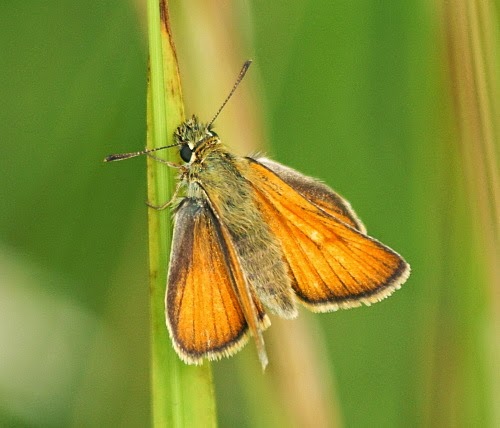 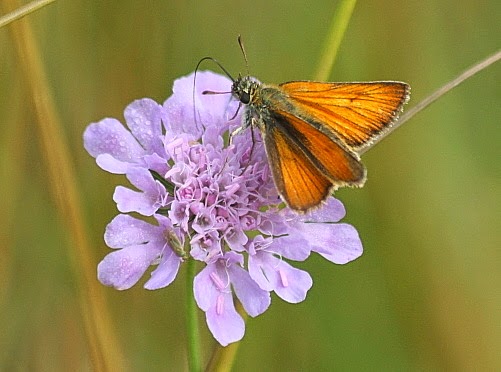 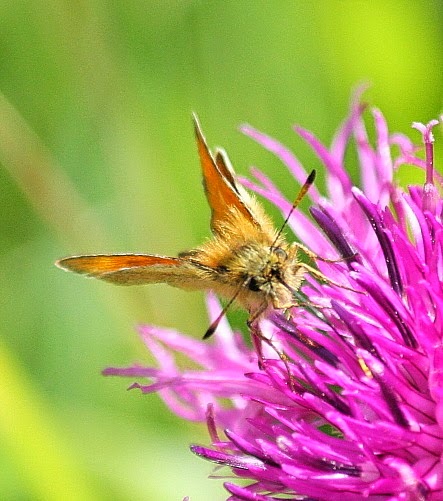 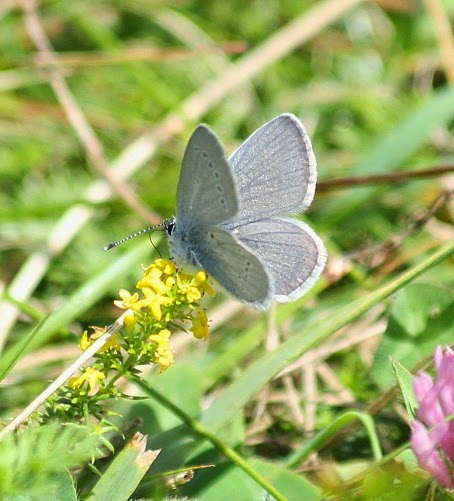 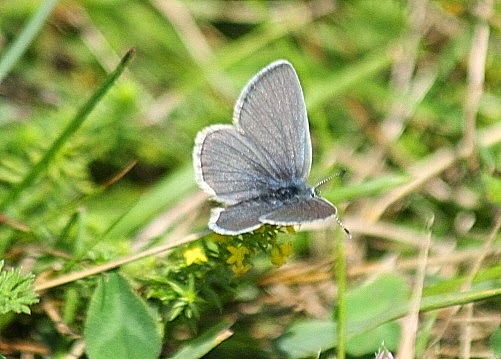 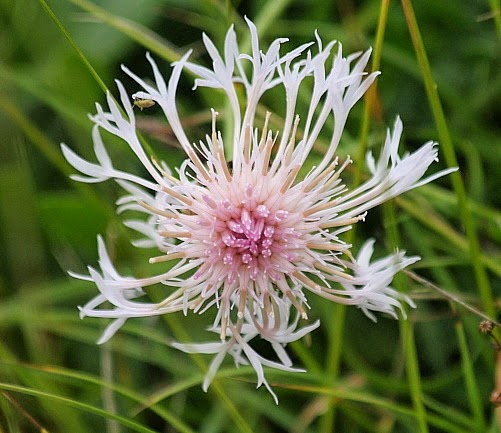 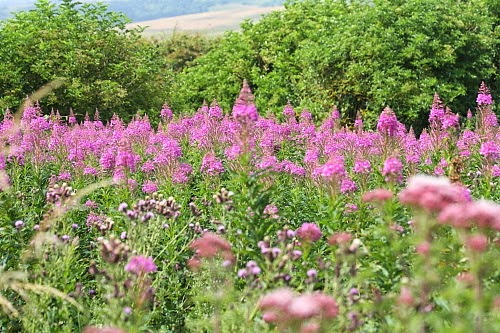 Rosebay Willow in the Hotel Garden

Goldcrest: 2014: Spring: Not a single Goldcrest logged during the Spring. Unbelieveable !!

Who would have believed that back in the 1960's and 70's, even after some very severe winters in the 1960's, we would not be seeing any Goldcrests this Spring on the Headland, and that Firecrests which were the sought after Crests in the early years, this Spring were were looking through Firecrests in the hope of our first Goldcrest of the Spring. The recent severe winters of 2011/12 and 2012/13 must have taken a terrible toll on the winter's population of Goldcrest, but they have bounced back quickly before, after previous severe winters, and hopefully after a good breeding season this year, numbers in Belle Tout wood this Autumn may quickly return back to normal, and no doubt I will be cursing them, as I search for that elusive Pallas-leaf Warbler amongst them, at least I can hope. 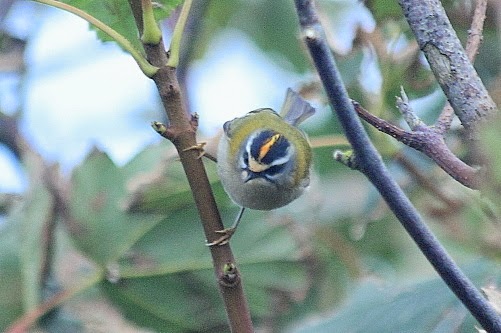 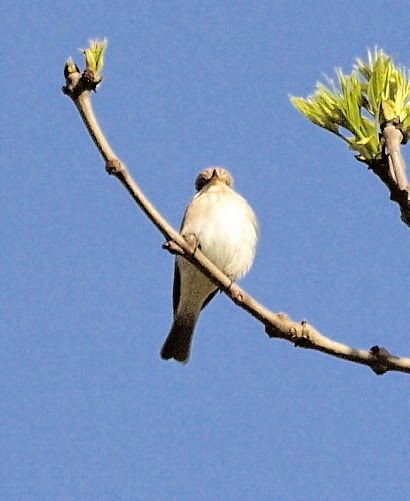 Spotted Flycatcher sitting high up on the edge of Belle Tout wood.

Meadow Pipit: 2014: None logged during Jan and Feb. Spring: Recorded from 4/3 (just 1) on the 15/3, 30 arrived in off the sea moving NW, and 6 arrived in off the sea on the 29/3. Otherwise generally small numbers present on the Headland with daily max of 15 on the 17/3.
Breeding population estimated around 10 pairs although virtually no coverage in the Top Fields, although birds generally seem almost non -existence in these barren grassy fields, long gone are the days of Autumn and Winter stubble when often these fields were full of birds and we often found small parties of Cirl Buntings feeding during the winter months in these stubble fields.

Rock Pipit: 2014: Winter and Spring: Odd birds recorded around Birling in Jan and Feb with a daily max of 3 on the 16/2. Up to 3 logged around Birling car park until mid-March and a single bird was present in Cow Gap on the 10/3. A single bird was seen near B/T lighthouse gully on the 12/4. It is usual for birds to re-locate onto the cliffs and  beaches during the breeding season, but no breeding census was attempted.

Pied Wagtail: 2014: Spring: Not logged in Jan and Feb. Our first for the Spring was an alba type coming in off the sea on the 8/3. A total of 16 unidentified albas were seen either coming in off the sea or moving over the area. Daily max of 5 (one of which was i/d as a male Pied) on the 9/3. At least 2 pairs of Pied Wagtails bred in the area producing flying young with a pair at Birling Water Plant and a pair at Cornish Farm.

White Wagtail: 2014: Spring: Recorded on 5 dates from 5/4(2) to 26/4 (1). A total of 7 were identified during this period, although a number of unidentified alba types were seen coming in off the sea or flying over but not i/d for certain and are listed under Pied Wagtail.

Greenfinch: 2014: Spring: At Birling, just two singles seen on the 12/3 and 15/4. A male was present in Hodcombe 6/6 which hopefully may breed.
Still no recovery of numbers seen at Beachy from the disease of Trichomonas. when the small colony at Birling was wiped out.

Goldfinch : 2014: Spring: Just recorded from 9/3 in only small numbers with a daily max of 11 on the 17/3 which were probably migrants. The small breeding population at Beachy is around 10 pairs with a number of young seen in June.

Linnet: 2014: Spring: Recorded from the 1/3 (7), and around 20 birds were seen arriving in off the sea during March. Numbers increased in April, with a daily max of 50 on the 15/4. Numbers in May decreased with only 15 were seen on the 3/5 in the whole area and by the 1/6 35 were logged with a number of juvs. seen. No real increase noted in the breeding population which is probably only 20 pairs.

Common (Mealy) Redpoll: 2014: Spring: 11/4 A female was present in the bushes on Icky Ridge. No Lesser Redpolls were logged at Beachy during the Spring.
Our first Spring record for this recently split species.

Bullfinch : 2014: Spring: The only report came from Whitbread Hollow with 1 on the 2/4 and this probably relates to our only breeding pair which has bred in the Hollow during the last few years.

Chaffinch: 2014: Jan-June: Stable population of around 40 birds in the whole area, but otherwise no influxs recorded.

Yellowhammer: 2014: Spring: Our only sighting was of a migrant which spent 5 minutes by the side of Belle Tout wood on the 10/4.
In 1970, JFC did a breeding survey between Beachy Head Hotel and Birling Gap and recorded between 30 - 40 singing males. During the main Autumn migration period, any observer visiting Shooters Bottom saw many Yellowhammers in the bushes and it became quite a nuisance bird whilst looking for rarer migrants as they always caught your eyes. The loss of the stubble fields during the Autumn and winter months have had a very adverse effects on Yellowhammers at Beachy for example in 1970 a flock of 150+ were estimated feeding in the stubble near Black Robin Farm.

Corn Bunting: 2014: Jan – Feb: Singles seen on the 31/1 and 26/2.
Spring: Recorded throughout the Spring chiefly in the field  between Birling and B/T and around Cornish Farm and also a pair opposite Shooters Bottom, with a total of 5 breeding pairs. A small migrant flock of 6 birds all were singing in the bushes in Belle Tout car park on the 5/3 but all had departed later in the day.

The same breeding census as quoted above in 1970, produced 25 singing males, and to illustrate how important the stubble fields were as a feeding site, on the 26/9/1970 flocks totaling 200 were found feeding in these fields. 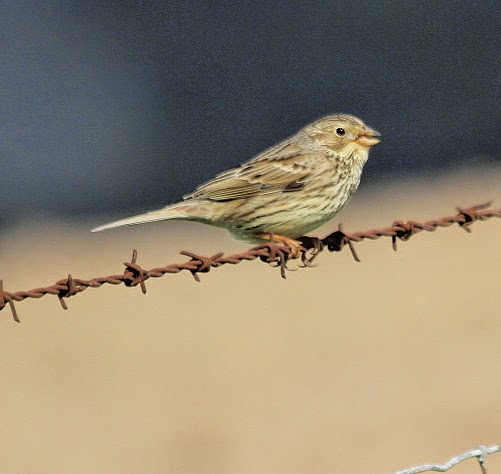