Arrived to a fine sunny but cold morning with a strong N wind. Little seen during the first 2 hours, but then as the day warmed up night migrants became more in evidence. We covered most of the Headland sites including the rough field and also met up with Geoff who had been doing a raptor watch for an hour and we also called into Hodcombe to see Roger & Liz and Hodcombe was very active with migrants. Good numbers of hirundines were feeding over the Head.

Met Office View:
The low pressure that brought strong winds to Scotland yesterday is now centred just off the coast of Norway. A cold front extends from this low pressure along the south coast of England as a weakening feature. High pressure is located west of the UK, with further low pressure systems in the central Atlantic to its west.


Marsh Harrier 1 over the Top Fields
Sparrowhawk 1
Common Buzzard 1 over the Top Field
Kestrel 1
Curlew party of 8 over the Top Fields and appear to land
Cuckoo 1 seen over the cliff edge on the 4th.
Wryneck 1 (for its 2nd day)
Great Spotted Woodpecker 1
Sand Martin 80
Swallow 700+
House Martin 150 (60 W)
Yellow Wagtail 400+  (25+ during the morning, but this afternoon Roger & Liz had a large movement with at one time there were 275 feeding on the lawn and probably another 100 were seen flying over).
Grey Wagtail 2 W
Common Redstart 5
Whinchat 1
Wheatear 16
Grasshopper Warbler 1
Lesser Whitethroat 4
Common Whitethroat 30
Blackcap 6
Chiffchaff 5
Willow Warbler 8
Spotted Flycatcher 4
Pied Flycatcher 1 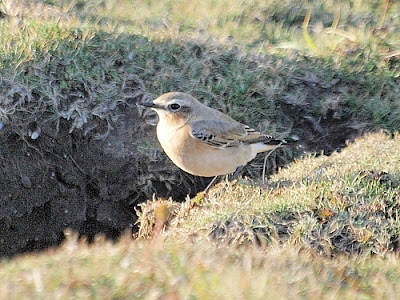 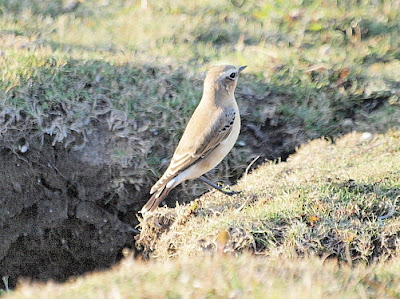 One of 16 Wheatears seen today 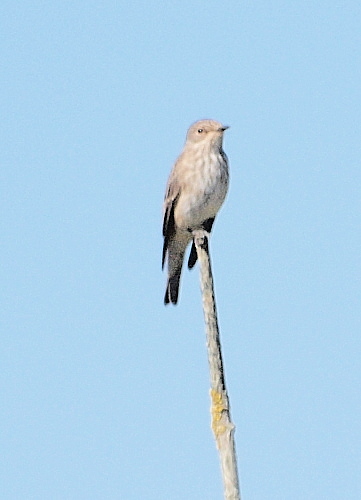