After a 30 minute seawatch we covered most of the areas of the top of the headland where it was apparent that only a few migrants were present although the brisk wind made for difficult conditions at most sites. We met RK in a sheltered Belle Tout wood who had also seen little in the way of migrants just as with his previous three visits to the headland in the last week. Bob, Sarah, Martin and Paul fared better ringing in the hollow where clearly there were a few more migrants present that included quality in the form of an early Pied Flycatcher that interestingly still retained the last remnants of juvenile plumage. Birds ringed in brackets: 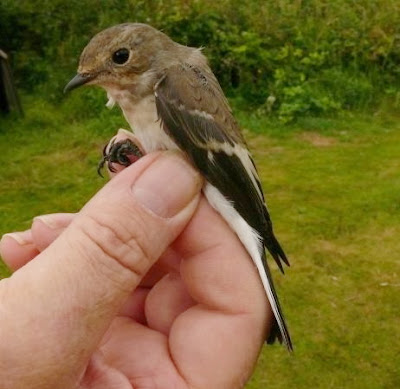 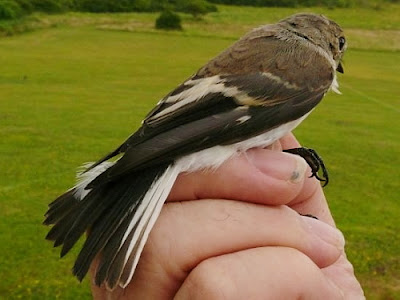 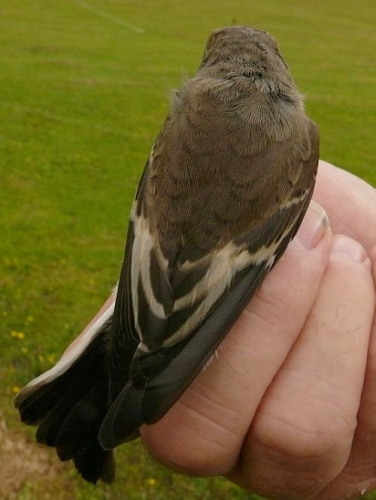 Pied Flycatcher retaining juvenile plumage trapped in Whitbread Hollow (Sarah McKenzie)
RDME kindly comments 'Note the dark tipped feathers on the mantle/back/scapulars and coverts that are the last remnants of juvenile plumage. According to our computerised ringing records (that go back to 1985) this is the earliest of 35 Pied Flycatchers. The only other July one was on the 29th'.
﻿
Posted by Beachy Head at 12:26