We joined RDME and Nigel Taylor and sea-watched from 05.45-16.45. RHC, RKH and RES joined us for some of the time. It started rather slowly, but the pace quickened just before 9.00 am when the first Pomarine Skua flew past. It then turned into a record day for Poms with a total of 125 E recorded and this compares with our previous largest daily total of 102 E on the 7 May 1981. Also another good passage of Black-throated Divers many in superb summer plumage. 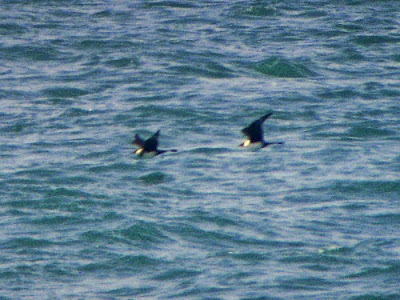 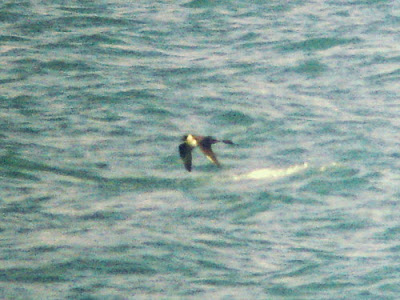 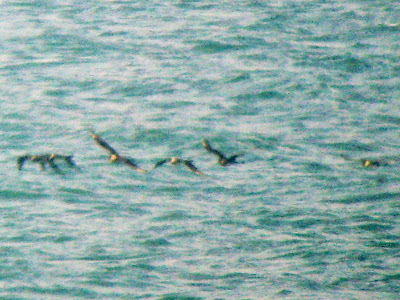 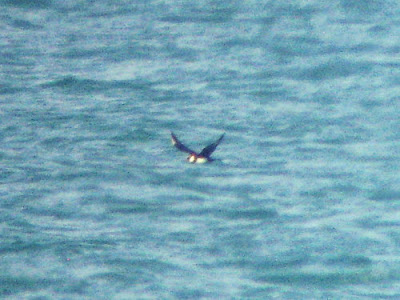 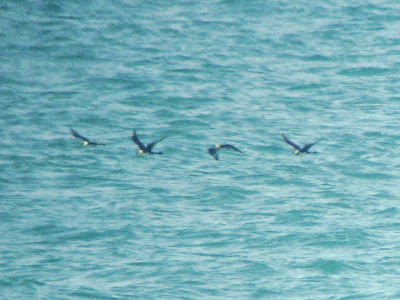 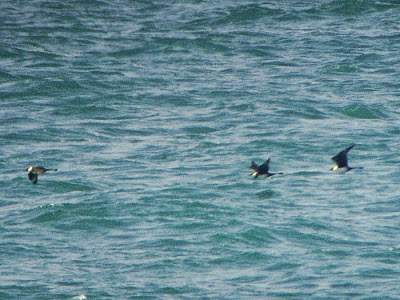 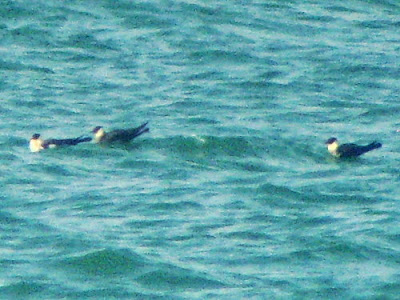 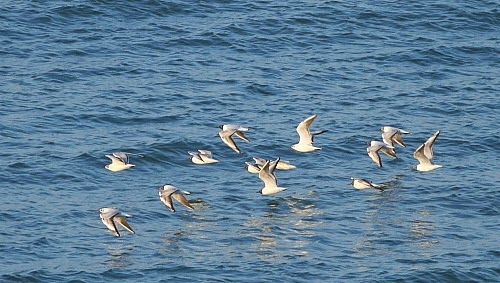 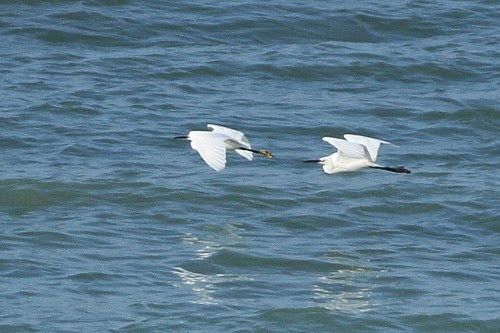 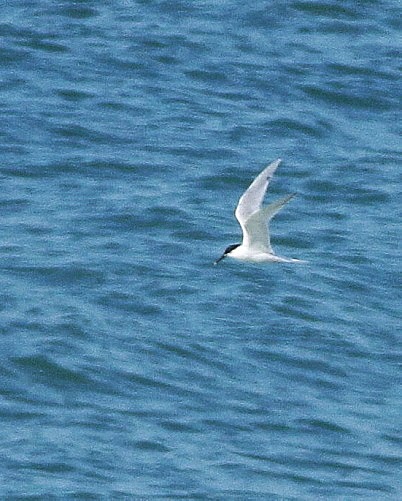 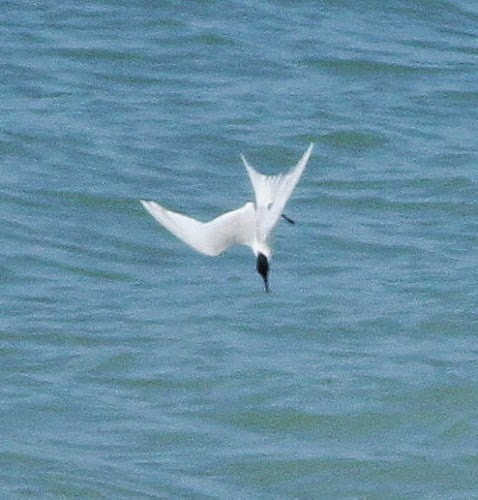 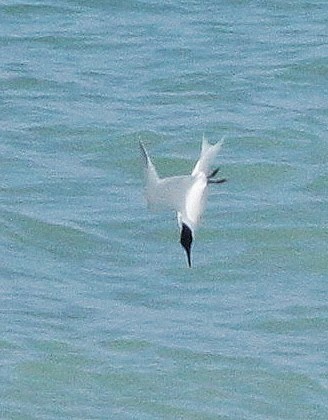 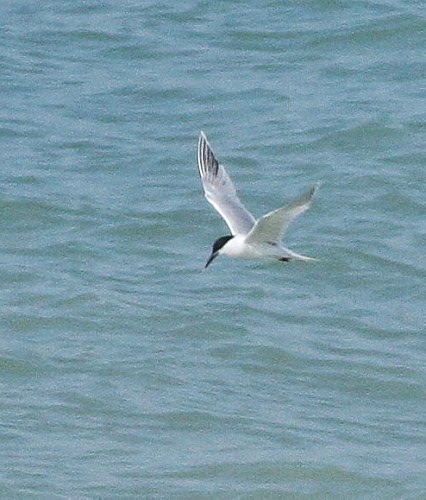 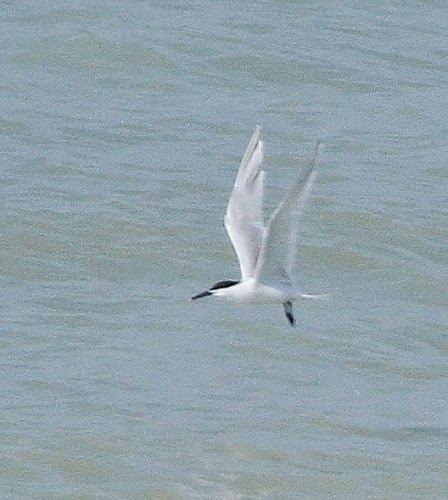 Sandwich Terns passing Birling with some taking the opportunity
to fish whilst moving past. 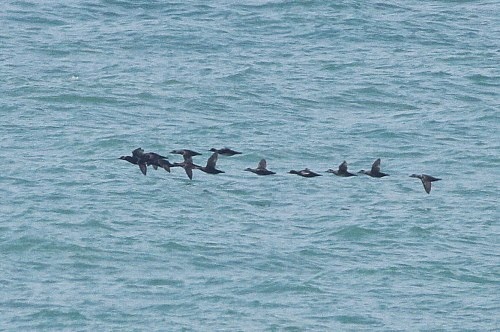 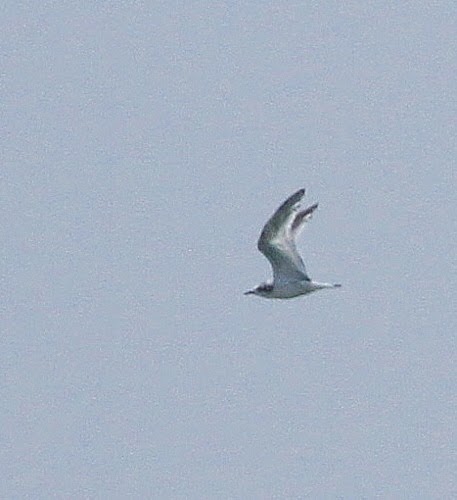 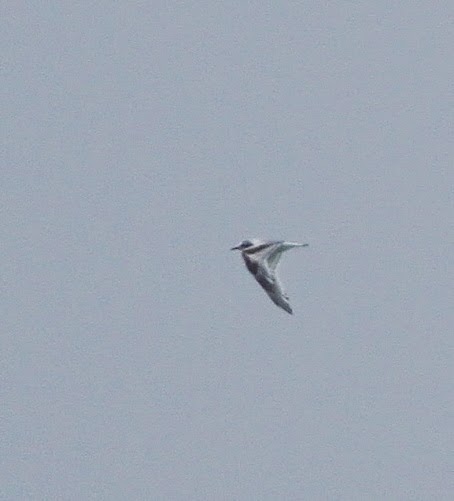 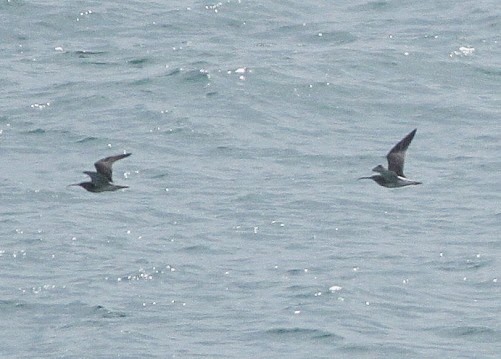