Met up with RDME for a very brief sea-watch. Bob then covered Birling Lane and the loop to Belle Tout and back to Birling, he also covered Whitbread Hollow, Cow Gap and the Gully also the Rides. We met up with RKH, PN and MN and we covered all the other sites on the Headland including the Cliff Path and Cornish Farm track.
At first the weather was cloudy and cool and just the odd migrants were seen  but when the sun came out and became warmer, fair numbers of migrants became active with the highlights being 4-5 fine Common Redstarts, Ring Ouzel, fair numbers of Willow Warblers including one with a completely white tail and an interesting Redpoll which I now considered to be a Mealy.

As I was searching for migrants on Icky Ridge, a Redpoll showed in the bushes approx. 10 metres away. It was side on, and I was immediately struck by the striking white flanks with distinctive black streaking. I judged the size to be slightly smaller than a Linnet with a good reddish forehead and well marked whitish supercillium and quite a pale looking head with a yellow pointed bill which appeared larger than a normal cabaret (Lesser) which could rule out an Arctic Redpoll type. It was sat looking out of the bushes, and I was unable to see the under-tail coverts or the rump. It then moved, so I could clearly see the wings and upper-parts of the back and these had a cold greyish tone with blackish streaking and very broad conspicuous white wing bars,  and broad white tips to the tertials lacking the warm buffish wing-bars and back of a cabaret.
As I went to try to photograph it, it must have seen my movement with the camera and moved back into the bush and out of sight. After several minutes of trying to re- locate it, I observed it again further away and this time facing me. It had a small black bib with just light streaking with a greyish tone, it lacked any red on the underparts, and this enable me to sex it as a female. The very white flanks with black streaking was again striking,but unfortunately I was still unable to see the rump or under-tail coverts.
I then slowly made my way around the clump of bushes to view it from a different angle and to try to obtain some pictures, but I was unable to re-locate it again.
Of interest, Mealy Redpolls have been identified today at Languard and Bardsey Island. 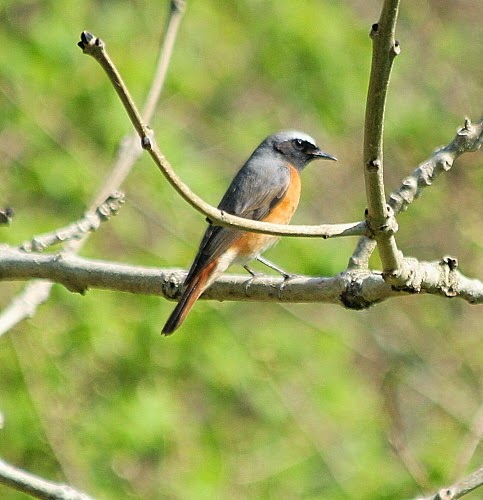 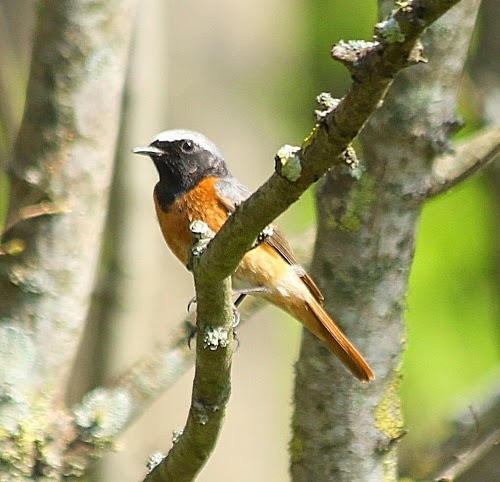 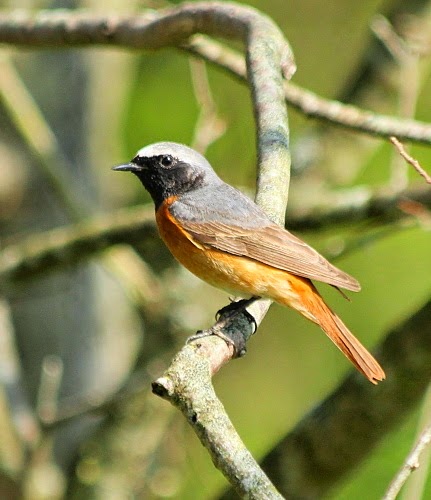 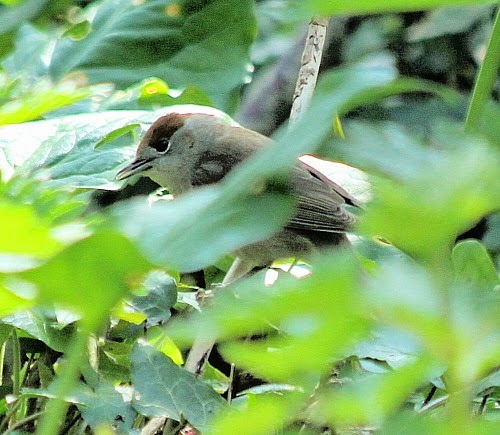 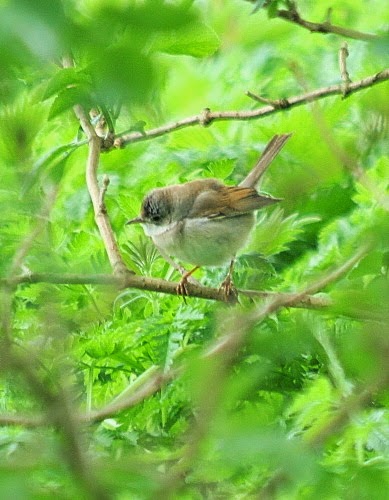 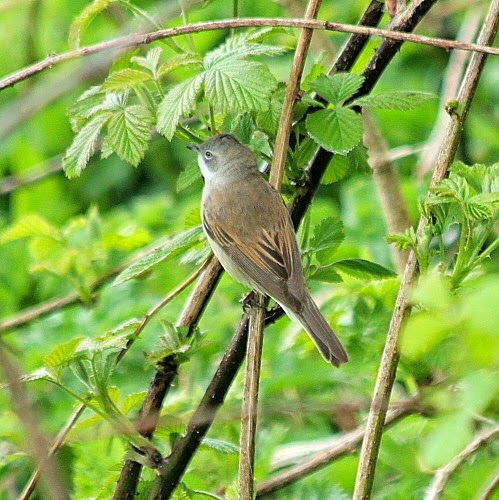 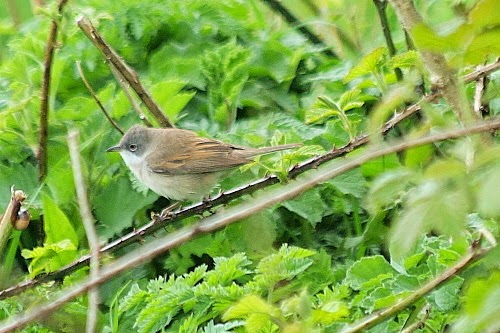 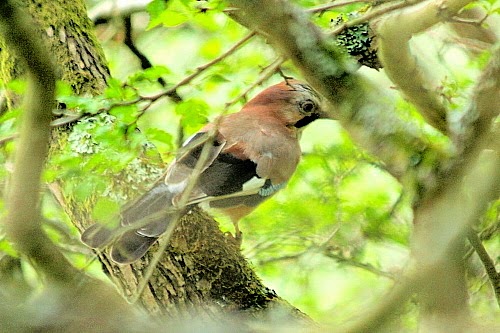 Jay along the Cliff Path 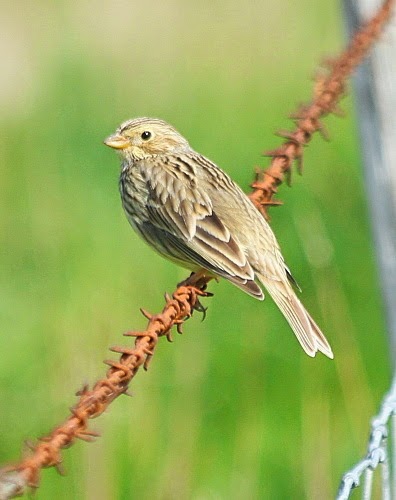 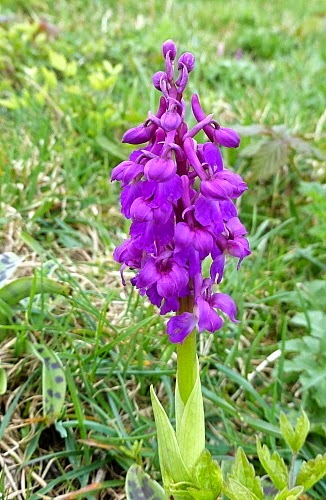 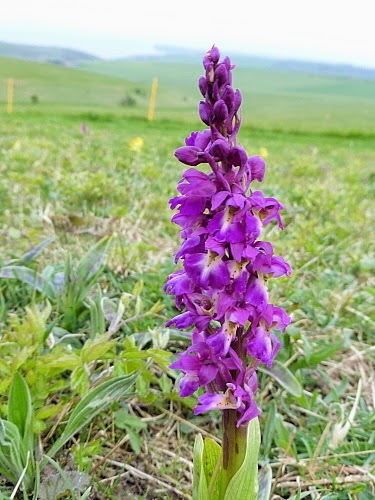 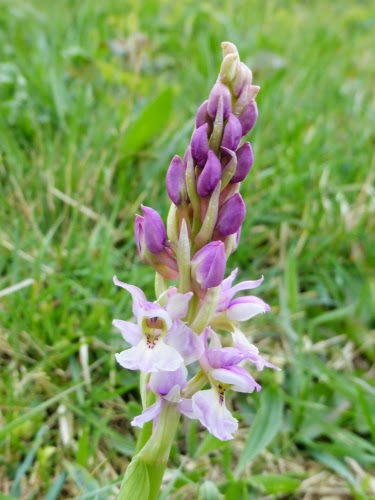 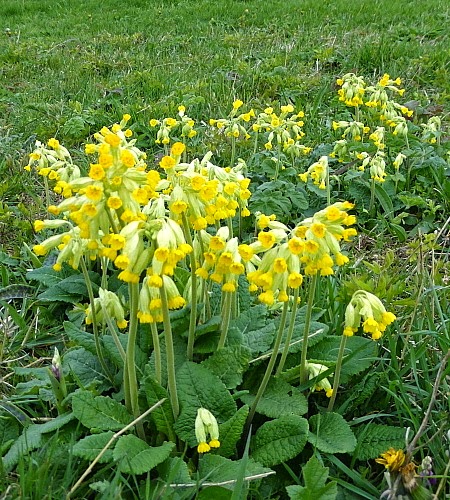 Thousands of Cowslips now in flower 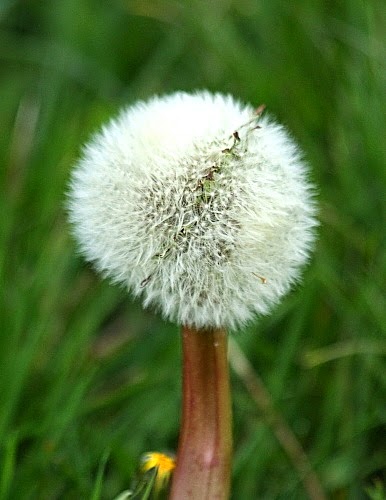