With the settled weather and light variable E winds, sea-watching was again the order of the day. Met up with RDME and we sea-watched from 06.50-10.50, we were also joined by RHC for a good hour. Another good passage of Brents and Scoters with a selection of other ducks etc. The passage was still ongoing when I had to leave at 11.00.
Also saw both PN and RB who were covering most of the birding sites on the Head, but just the odd Chiffchaffs seen. RDME also visited Whitbread Hollow and Cow Gap. 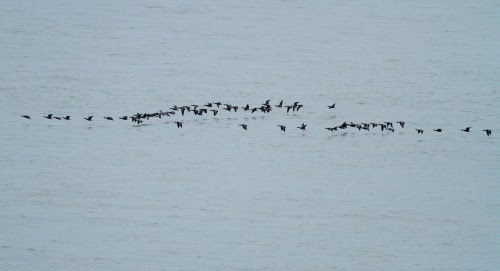 Another movement of Brent Geese 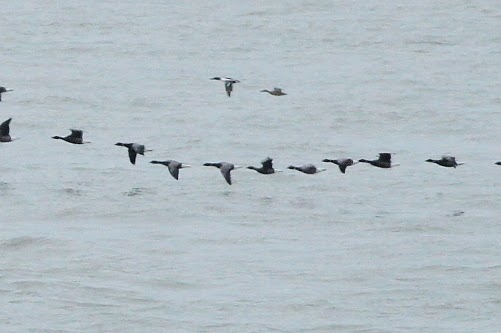 One for ARK - Shoveler moving with Brents,
sorry Alan I didn't time it.!!